A new study published today in Nature Neuroscience has looked at the brain circuits in rats to investigate the link between pain and the effect on seeking pleasurable rewards or activities (often referred to as anhedonia).

On a basic level, pain includes two components — sensory (the pain you feel) and affective (the negative emotional component of pain). The presence of anhedonia, is a common feature of depression.

The investigation sought to uncover the brain pathways that are involved in the area of the brain that seeks pleasure and the effect of experiencing pain.

The study consisted of two groups of rats :

The rats that were in pain, after 48 hours showed a significant drop in pulling the lever and accessing the sugar tablet.

The researchers also looked at chemicals in the brain which are associated with pleasurable activities. One of the most important chemicals in this regard is called dopamine.

They found that dopamine in the brains of the rats with pain was much lower.

They were able to explain the lower levels of dopamine occurred because the area of the brain which deals with pain processing, was producing higher levels of a chemical substance called GABA.

The chemical substance GABA  was inhibiting the brain centres associated with seeking pleasure from producing dopamine. However, the researchers were able to artificially restore dopamine levels (through a process called chemo-genetics). By doing this, they were able to reverse the negative effect of part of the brain which processes pain on pleasure-seeking part of the brain. This led the rats in pain to become motivated  to push the lever for the sugar tablet among the rats in pain

“Chronic pain is experienced on many levels beyond just the physical, and this research demonstrates the biological basis of affective pain. It is a powerful reminder that psychological phenomena such as affective pain are the result of biological processes.  It is exciting to see the beginnings of a path forward that may pave the way for treatment interventions that address the motivational and emotional effects of pain.”

They went onto say, “…the emotional component of pain and associated comorbidities such as depression, anxiety, and lack of ability to feel pleasure that accompany pain has been largely ignored,”

“It is fulfilling to be able to show pain patients that their mental health and behavioural changes are as real as the physical sensations, and we may be able to treat these changes someday,”

This study further shows how intrinsically connected the generation of pain and mental health are linked and why addressing emotional and psychological aspects of pain are of paramount importance. 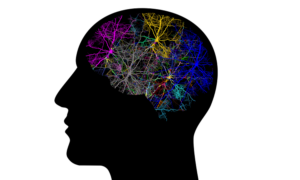